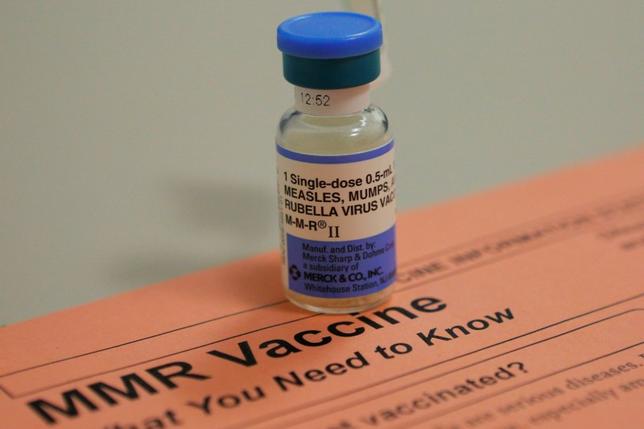 More than half of 1,416 measles cases reported in the U.S. since the disease was declared eliminated in 2000 were for people with no history of measles vaccination, the analysis found.

Among more than 10,000 pertussis patients with known vaccination status, 24 to 45 percent of people in the five largest statewide epidemics since 1977 were unvaccinated or only partially vaccinated, the analysis also found.

“If there are a high number of susceptible or unvaccinated individuals in the community the risk of getting infected – even for vaccinated children – goes up,” said senior study author Dr. Omer Saad, a pediatrics and epidemiology researcher at Emory University in Atlanta.

With pertussis, or whooping cough, up to 2 percent of people who receive all five recommended vaccine doses on time may still get this bacterial infection of the lungs, according to the U.S. Centers for Disease Control and Prevention.

For measles, roughly 3 percent of people who receive both recommended doses of the vaccine may still get the virus, according to the CDC.

These numbers are a best case scenario, assuming that only people with medical reasons – like certain cancer treatments, rare allergies to vaccine ingredients, or diseases that compromise the immune system – forgo inoculations.

But the CDC reports that fewer than 1 percent of kids need to skip vaccines for medical reasons, based on data from Mississippi and West Virginia, states that only grant exemptions under these circumstances.

Instead, Saad and colleagues found that the majority of measles and pertussis cases in the outbreaks they analyzed were due to people intentionally skipping vaccinations.

Among 970 measles cases with detailed vaccination data, 574 cases were unvaccinated people who were eligible to receive their shots, researchers report in the Journal of the American Medical Association.

Most of these unvaccinated people – 405 of them – had nonmedical reasons for skipping vaccinations such as religious or philosophical objections, the analysis found.

For the subset of pertussis reports from outbreaks with detailed data on unvaccinated individuals, 59 to 93 percent of cases were for people who intentionally skipped their inoculations, the analysis also found.

Limitations of the study include a focus on measles and pertussis in the context of vaccine exemption rates, which may have underestimated the disease risk associated with skipping vaccines, the authors point out.

Nonmedical exemptions also don’t explain all of the resurgence in measles and pertussis in recent years, Dr. Matthew Davis, a pediatrics researcher and deputy director of the Institute for Healthcare Policy and Innovation at the University of Michigan in Ann Arbor, noted in an editorial.

“It is very difficult to put a specific number on how much vaccine refusals reduce a community’s protection against disease,” Davis said by email.

“What this latest comprehensive review illustrates is that individuals who refuse vaccines not only put themselves at risk for disease,” Davis added. “It turns out that they also put others at risk too – even people who have been vaccinated before, but whose protection from those vaccinations may not be as strong as it used to be.”

This article appeared in the current issue of Wyoming Nurse Reporter!!

Children’s Health Insurance Program (CHIP) applications are available in the Lander and Riverton offices for all Fremont County residents.
For more information call 332.1073 or 1.800.967.2297 ext 3620